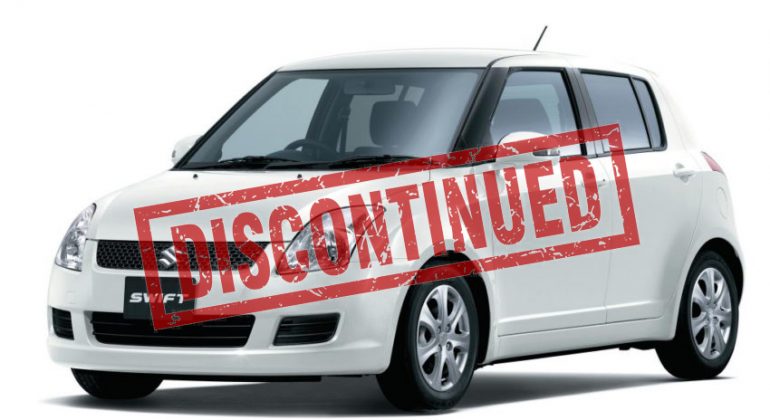 Pak Suzuki Motor Company is rumoured to be planning to phase out its second-generation Swift model in Pakistan, more than 12 years after its introduction, while bookings for the Cultus have been temporarily suspended.

According to a notice provided by the business in August of last year, the Swift, the second-generation hatchback, would be discontinued after August 2021.

The Suzuki Swift’s popularity has waned in Pakistan for the past 12 years, possibly because the firm has made no substantial improvements to the car. In the meanwhile, the firm released other more cheap hatchback choices, such as the new Suzuki Cultus, which has been a huge hit. Furthermore, the car faced competition from other newcomers to the market, such as the Kia Picanto, which drew a large number of consumers despite having a 1000cc engine choice.

The company has made no substantial changes or enhancements to its second-generation hatchback in recent years, resulting in reduced sales. According to the Pakistan Automotive Manufacturers Association, Swift sales have fallen from 5,509 units in 2018-19 to 2,316 units in 2020-21. Sales in 2019-20 (1,828) were hindered by the Covid-19 epidemic, thus they can’t be used as a benchmark.

According to rumours, Suzuki Swift will release a new model in March 2022. As a result, the launch is almost a year away. Suzuki would also debut the 4th generation Swift in Pakistan, according to the rumours. In March 2017, the hatchback was presented in all its splendour at the Geneva Motor Show.

The new Swift sports the best-in-class lightweight body, based on the next generation platform “HEART TECH.” In 2020, it underwent a makeover with minor aesthetic adjustments. Pakistan, on the other hand, is expected to receive the pre-facelift vehicle.