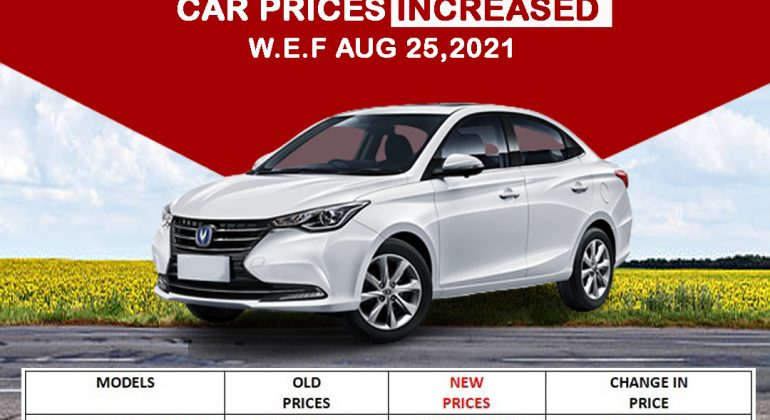 Changan Pakistan has hiked rates throughout its whole portfolio by Rs120,000, just a month after lowering prices. The company cited rising freight and delivery costs as the reason for the rise.

After announcing the Alsvin sedan’s debut price in January, the Chinese automaker raised the price of its two automatic models by up to Rs101,000 barely two months later in March. Changan was one of the last automakers to lower automobile prices in July, following the government’s announcement of different incentives. The new policies were designed to relieve the load on the general public, stimulate vehicle sales, and encourage local businesses. Reduced sales tax and extra customs charge were among the numerous incentives given.

The firm told its authorised dealerships on Tuesday that all of its vehicles will be sold at reduced rates, according to a circular published on Tuesday. The Covid-19 has resulted in increased freight charges and total shipment costs, according to the report.

The circular continued, “The firm has no alternative but to pass on part of the increased costs to the product price,” and asked dealers to explain the situation to customers.

Ateeq Ur Rehman, an economic and financial analyst, has claimed that freight rates by road, air, and sea are becoming more expensive with each passing day, emphasizing that competition is raising the cost of doing business for both importers and exporters.