The United Alpha, a compact 1000cc hatchback, has been introduced by United Motors Pakistan. This will be Pakistan’s first vehicle of 2021 when it is unveiled on January 2nd. After the Lahore launch event, locally produced CKD units will start selling in the neighborhood car market. United Motors may soon introduce an automated version of the Alpha vehicle.

Pakistan and United Alpha have a relationship. Chinese automaker Chery Automobiles Co. introduced its well-known family vehicle, the Chery QQ, to the Pakistani market in 2005. The 800cc automobile featured several intriguing features and a solid build quality. The best local hatchbacks at the time, though, were the Suzuki Mehran and Daihatsu Cuore. Therefore, this Chinese vehicle failed in the local market since it was unable to compete with the Big 3 (Honda, Suzuki, and Toyota). 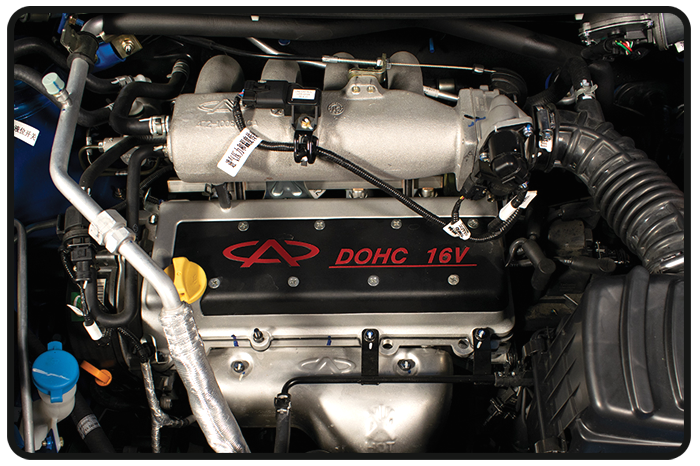 The interior décor of United Alpha 2022 is quite understated yet magnificent and inviting. The interior has a lot of integrated features. LCD screens, power windows, power steering, information displays built into the meter, etc. are a few instances.

Since this is United Motors’ second vehicle to be introduced to the market, they are working very hard to make it comfortable and distinctive. The car is painted in various colors to make it more appealing and better able to compete with other vehicles.

The front of the United Alpha 2022 is bold and beautiful, giving it a sinuous look. United Alpha 2022’s exterior style and design are lovely overall. Many clients might not appreciate the exterior’s rear style since it appears dated.

The side mirrors of the automobile are painted the same color as the body. The installation of a rear camera makes it easier to park the automobile since it gives a better perspective. This function also greatly facilitates driving in congested areas.