The Changan Oshan X7 is the country’s first export unit under the new program. It’s also Pakistan’s first car to make its worldwide right-hand drive (RHD) debut, which MCML hosted in Karachi in March 2022. Outside of China, Pakistan is the only country that produces the Changan Oshan X7.

The first device has been shipped to an Oceania market. It made the news during a ceremony held earlier today at its Karachi assembly factory. The CEO and executives of the firm were present at the shipping-off event, which marked Pakistan’s first automobile export.

We are delighted and proud to lead Pakistan into a new chapter in the auto industry and make its mark on a global level. The Changan Oshan X7 is the first of many more vehicles to be exported under our vision to stay Future Forward, Forever, and the Auto Industry Development and Export Policy (AIDEP 2021-26).

Changan recently celebrated the delivery of 150 Oshan X7 vehicles throughout Pakistan. The midsize SUV now starts at Rs. 6,050,000 and goes up to Rs. 6,350,000, after a recent price increase. Even at its present price, the Oshan X7 is the most affordable and well-equipped SUV in its class.

Master Changan Motors Restricted (MCML) is still juggling a high demand for Alsvin with a limited supply. Due to a shortage of Completely Knocked Down (CKD) kits from China, the business had to suspend bookings for their most popular vehicle.

However, in a recent encouraging development, MCML has reopened Alsvin bookings across Pakistan. According to a credible source, the corporation will only accept reservations for a restricted number of automobiles.

The corporation has given each dealership a “extremely minimal” monthly delivery target, according to the source. He noted that the bulk of units in that quota had already been booked a month previously, implying that each new dealership will only accept a few new bookings before suspending them the next day.

Within 1.5 years of its start, MCML celebrated the delivery of the 10,000th Alsvin unit. To commemorate the event, the manufacturer is offering a 5-year/150,000-kilometer (whichever comes first) extended warranty on Alsvin purchases.

Despite recent price increases, MCML continues to enjoy robust demand for Alsvin as a result of its superior value offer compared to its competitors. 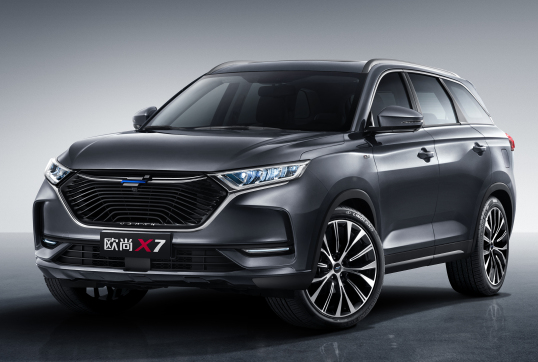 The Spectacular Arrival of Oshan-X7 Plus SUV

The Spectacular Arrival of Oshan-X7 Plus SUV

In Pakistan, Master Changan will introduce the Oshan X7 Plus SUV.

Compared to Oshan X7, “Oshan X7 Plus” looks like a bigger and more powerful vehicle. Right hand drive vehicles will also be manufactured and sold in Pakistan.

Last month, Master Changan Motors Limited (MCML) released several designs of an SUV without revealing its name. However, it became clear that the firm is planning to introduce a new SUV. Finally, the Oshan X7 Plus, the company’s latest product, has been revealed.

The Oshan X7 Plus appears to be a more substantial version of the Oshan X7. This SUV will compete with the Toyota Fortuner and the Kia Sorento 3rd Generation due to its overall attractiveness and size.

Pakistan will be the first market outside of China to receive the Oshan X7 Plus, according to the manufacturer. Master Changan also intends to export the RHD version of this SUV from Pakistan to other foreign markets.

The SUV will most likely be available in 5- and 7-seat configurations. It will be powered by a 1.5-liter turbocharged engine from Changan’s newest blue whale series, which generates 178 horsepower and 300 Nm torque and can accelerate from 0 to 100 kilometers per hour in 8.23 seconds.

Changan also boasts that this beefed-up SUV would have an incredible 14 kilometres per litre in fuel economy. This is comparable to the average fuel consumption of other basic sedans. Other cars being tested by the business include the Hunter double cabin and the UNI-T crossover, both of which are expected to be released in the near future.

The pricing of the Changan Oshan X7 Plus, however, has yet to be revealed. Given its cutting-edge style and features, it’s safe to assume that this SUV will come with a premium price tag.

With a slew of new SUVs set to hit the market in 2021, Pakistan’s SUV market is booming. It would be interesting to see how Changan’s new product does in Pakistan.

Changan Pakistan has hiked rates throughout its whole portfolio by Rs120,000, just a month after lowering prices. The company cited rising freight and delivery costs as the reason for the rise.

After announcing the Alsvin sedan’s debut price in January, the Chinese automaker raised the price of its two automatic models by up to Rs101,000 barely two months later in March. Changan was one of the last automakers to lower automobile prices in July, following the government’s announcement of different incentives. The new policies were designed to relieve the load on the general public, stimulate vehicle sales, and encourage local businesses. Reduced sales tax and extra customs charge were among the numerous incentives given.

The firm told its authorised dealerships on Tuesday that all of its vehicles will be sold at reduced rates, according to a circular published on Tuesday. The Covid-19 has resulted in increased freight charges and total shipment costs, according to the report.

The circular continued, “The firm has no alternative but to pass on part of the increased costs to the product price,” and asked dealers to explain the situation to customers.

Ateeq Ur Rehman, an economic and financial analyst, has claimed that freight rates by road, air, and sea are becoming more expensive with each passing day, emphasizing that competition is raising the cost of doing business for both importers and exporters.