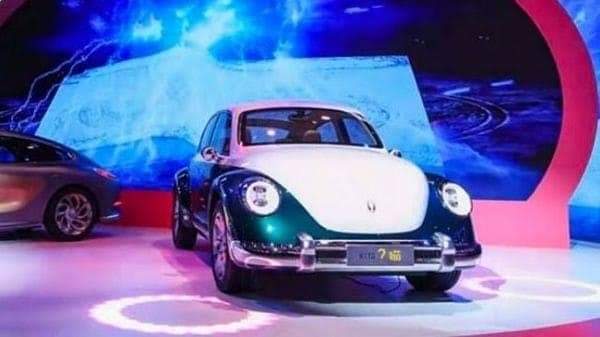 Volkswagen’s Beetle Has been reborn as a four-door Electric car in China under the name : PUNK CAT

The Ora Punk Cat is an electric vehicle designed to look like a vintage Volkswagen Beetle. Unless VW intervenes, the car will be available to Chinese consumers before the end of the year.

It looks that if Volkswagen does not want to manufacture an electric Beetle, someone else will. Great Wall Motors presented the Ora Punk Cat, a four-door electric car that bears a remarkable similarity to the VW Beetle, with its round headlights and distinctive hood that takes up about a third of the vehicle, at this week’s Shanghai Auto Show.

In 2019, Volkswagen ended production of the Beetle. The German carmaker aims to release an electric van based on the original VW Bus in 2024, but there are no plans to bring the famous bug back. Perhaps the Ora Punk Cat will persuade it to rethink, particularly if it succeeds in China.

Ora is a Great Wall electric sub-brand that specialises in tiny battery-powered cars. The Ora iQ, the company’s first vehicle, was released in 2018 as a compact crossover with a 46.57 kWh battery and a range of 250 miles on a single charge. Great Wall hasn’t revealed any details on the Punk Cat, but it will be available before the end of the year, according to the company. Volkswagen, predictably, has sent a statement to Carscoops stating that it is aware of the Punk Cat and is considering legal action. “We are investigating this situation for any potential infringement of Volkswagen AG utility model or design rights, and we retain the right to take any required legal action,” a spokesman stated.

Ora’s take on the Beetle is actually very great. And many automobiles from other manufacturers have a striking resemblance that no one notices. Someone else should be permitted to build a new electric Beetle if VW does not wish to. When it comes to industries that are crucial to China’s economy, such as electric cars, Chinese policymakers have a history of ignoring foreign IP conflicts. The government’s significant subsidies to assist firms reach mass manufacturing and make China a global leader in green energy have fueled low pricing for electric automobiles there.