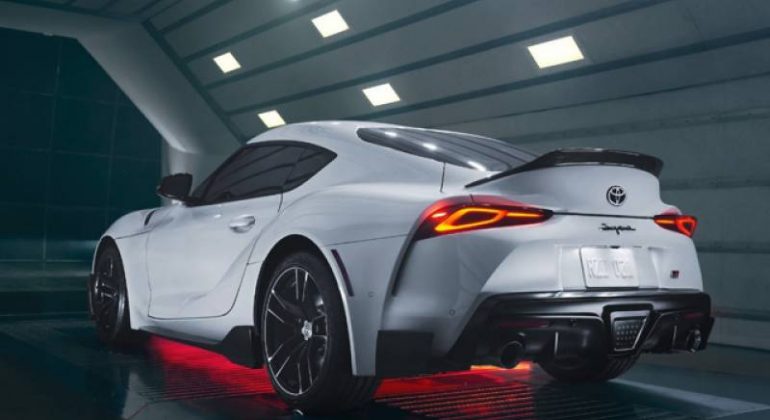 Toyota Motor Corporation Japan has launched a carbon fiber edition of its most popular sports car, the Toyota Supra A91-CF. Car is based on BMW Plat form and its mostly made of carbon fiber which is more stronger than steel and Aluminum.

The Toyota Supra was featured in the latest sequel to the movie Fast & Furious, after which it gained immense popularity and has millions of fans all over the world. Made from carbon fiber. The interior of the car has a red and black color theme while the color of carbon fiber is also prominent in it. The 9-inch alloy wheels are also in matte black color, so the sports look of the car is prominent.

Rear wheel drive “Toyota Supra A91-CF” is available with eight automatic gears. While the full screen display is only compatible with Apple Car Play, Android Auto will not be able to run on it. Cool and heated seats are also an added convenience. With a base price of “Toyota Supra A91-CF” the delivery cost is US 10 1025 while the company can charge a maximum of US 64305. The minimum price of different models of Toyota Supra is 44315 USD.