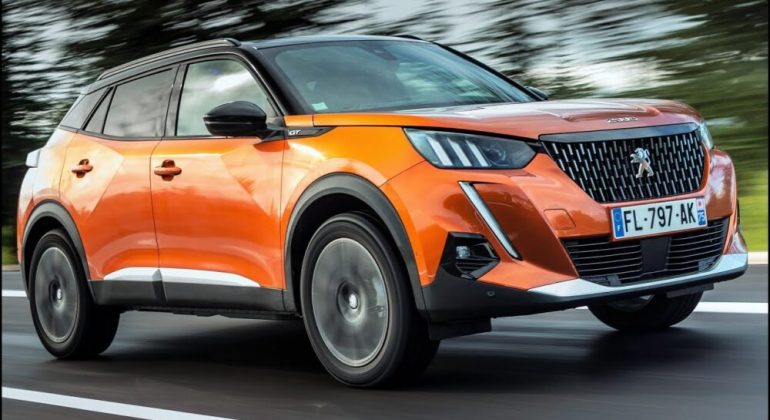 Peugeot Pakistan appears to be on the verge of making its much-anticipated debut, as a new social media video shows the first batch of its 2008 SUVs moving off the local assembly plant in Port Qasim, Karachi.

The Peugeot 2008 is a subcompact crossover SUV built by Stellantis, a French automaker.
In 2013, it was initially launched to the worldwide market. It had a 1.6-liter turbocharged inline-four engine with a six-speed automated transmission. Depending on the engine size, it also came with a five-speed manual or a six-speed manual transmission.

In 2016, it underwent a makeover, and in 2017, it was upgraded to a six-speed automated transmission (1.2 turbo petrol) The Peugeot 2008 is a subcompact crossover SUV that competes with the Kia Stonic, MG ZS, Proton X50, and DFSK Glory 500 SUV.

Peugeot will make its debut in Pakistan in collaboration with Lucky Motor Corporation (LMC), the same business that brought Kia Motors back to Pakistan. The latter was introduced in 2019 and has proven to be the most successful newcomer in the Pakistani automobile sector.

For the last few months, since the latest spotting of a wrapped Peugeot 2008 SUV in Pakistan, rumors’ of its forthcoming introduction have been circulating. Peugeot appears to be on track for a debut early next year, according on the latest videos of the SUVs’ lining-off ceremony.

There are presently no price specifics for the car in Pakistan, but it is expected that LMC would pitch the Peugeot brand as a high-end option to Kia, implying that the 2008 might cost anywhere between Rs. 4.3 million and Rs. 4.8 million.

Despite the expensive price, given the Peugeot SUV’s features, aesthetics, and performance, it is anticipated to become one of the most popular vehicles among Pakistan’s high-end automobile customers.