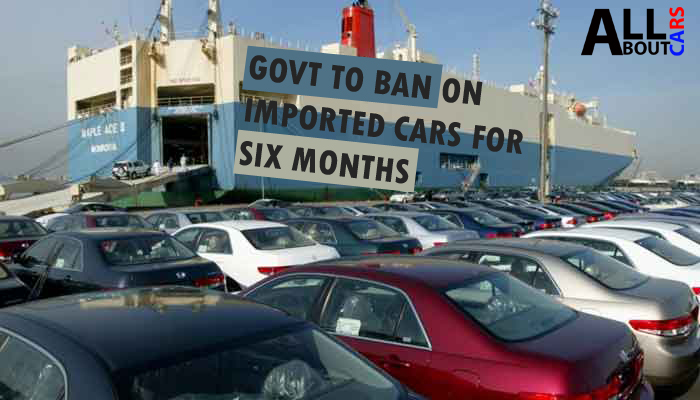 The government has decided in principle to impose a temporary ban on the import of completely built unit (CBU) vehicles (imported cars) for the next six months (Jan-June 2022), as well as raise regulatory duties (RDs) and additional customs duties (ACD) on 10 to 12 other luxury items, in order to reduce the yawning current account deficit.

The government thought that by imposing a temporary ban on CBU imports, it would be able to cut its annual import bill by more than $3 billion.

The current account deficit (CAD) hit $5.1 billion in the first four months of the current fiscal year (FY2021-22), up from $2.3 billion in the previous budget (2021–22), which was authorized by parliament and the National Economic Council (NEC) for the full fiscal year.

The administration now fears that the CAD will reach $15 billion in the current fiscal year if present trends continue.

The economic managers met with key stakeholders, including ministries and divisions, to figure out ways to lower the CAD.

Due to high demand for new autos, Pakistan recorded record foreign exchange spending. In Pakistan 2020-21, the country had the highest-ever arrival of new imported cars, followed by the restart of used vehicle imports.