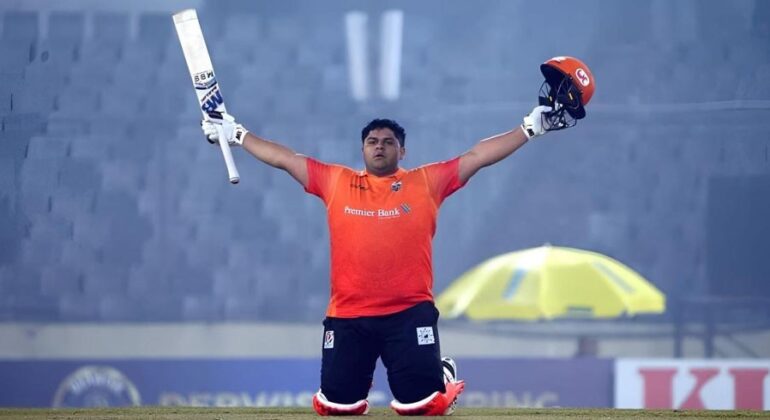 The only wicketkeeper-batsman from Pakistan to record a century is Azam Khan.

The first Pakistani wicketkeeper-batsman to reach the century mark in BPL history is Azam Khan.

The 24-year-old scored 109 runs off 58 balls, including eight enormous sixes and nine fours. Another Pakistani player from the other team walked out to bat and scored a century during the same game.

In response, Chattogram Challengers got off to a quick start and chased down the goal with only one wicket lost.

Remember that in 2012, while he was playing for Barisal Burners in the inaugural Bangladesh Premier League, Ahmed Shehzad became the first Pakistani player to achieve a century in that league (BPL).