By raising the costs of the Proton Saga and X70, Al-Haj Automotive has taken the initiative in the most recent price rise movement. In the years before that, in 2022, Proton raised the costs of both automobiles twice.

The following are the updated Saga and X70 variant pricing, which take effect right away:

Al-Haj may have started a fresh round of price increases that will soon be followed by comparable announcements from other automakers. After selling only a little over 400 units in Pakistan last month, Proton is already finding it difficult to build traction there.

Since Al-Haj has begun full-scale local manufacturing, industry insiders told that Proton would probably sell 700+ cars in June. Despite having a backlog of orders owing to supply concerns, the firm is nevertheless expected to post encouraging sales figures in the near future.

Proton’s increase in sales may not last long given the present fuel price scenario.

People are facing issue regarding the Deliveries of the proton cars are many people are protesting in many cities of the Pakistan that the cars they booked in the year 2021 are not yet been Delivered.

Any if u visit of the Facebook pages that people have created and they are posting the pictures and videos of the protest against the AL-Haj Motors and Proton Pakistan that their cars have not been delivered and they are receiving emails regarding the price increase of the cars that they have booked in the year 2021 and company is saying that if u don’t pay the amount that they have said now their orders will be canceled.

If any of our audience have heard such type of issue please share more details about the issue.

The following are the updated pricing for Saga versions, which are effective immediately:

The price increase from Proton Saga is similar to those from Kia and Changan. Nonetheless, the Saga is Pakistan’s cheapest sedan, with the potential to become one of the country’s best-selling vehicles.

Pakistanis could expect further price rises in the next days, since all automakers have announced price hikes one by one.

Proton is steadily extending its global presence, with Pakistan being its most important export market. According to Paul Tan, a famous Malaysian news site, the manufacturer exported 794 units to foreign markets in March 2021, with 690 of those going to Pakistan.

In March 2022, Proton sold a total of 13,028 units (in Malaysia and other countries), a 41 percent increase over the previous month, with the Saga being the best-selling model with 6,422 units. The X70 SUV was the second best seller, with 2,320 units sold in a month.

Proton has a huge market share in Malaysia, but it isn’t quite as successful in Pakistan. Slow sales, delayed local manufacture, extended delivery periods, and a resulting drop in demand are some of the causes behind this.

Proton only sold 1,233 cars in Pakistan in 2021, according to data compiled by AutoJournal.pk. Only 181 of these units were locally produced, with 1,052 being CBUs.

Following the de-intensification of COVID19 limitations and the resulting ease of commerce with Malaysia, Al-Haj Automotive recently stated that it is scaling up local manufacture of Proton automobiles.

According to market sources, Proton now has a backlog of over 1,000 reservations, resulting in a delivery delay of up to a year for new reservations. Previous customers have been enraged by these faults, and new purchasers have been turned off by Proton.

Al-Haj Automotive has been waiting patiently for the price of the Proton X70 to rise. The manufacturer has now published the increased costs for its small SUV, which follow the debut of locally produced models.

Despite the fact that the price rises are just for one model, the increase is substantial, reaching Rs. 860,000. The following are the new Proton X70 pricing, which are effective immediately:

Proton will shortly begin delivering the first batch of domestically produced X70 SUVs around the country. It’s a small SUV that goes up against the Kia Sportage, Hyundai Tucson, and MG HS.

It comes in two versions, both of which include a 1.5-liter turbocharged 3-cylinder petrol engine with 176 horsepower and 255 Nm of torque. The power is sent to the front wheels or all four wheels via the 7-speed DCT automatic gearbox (depending on the variant).

Here’s how the new pricing operate, just to be clear:

Despite the price increase, the X70 remains a competitive SUV that has the ability to outperform its competitors if Al-Haj Automotive can keep up with demand. 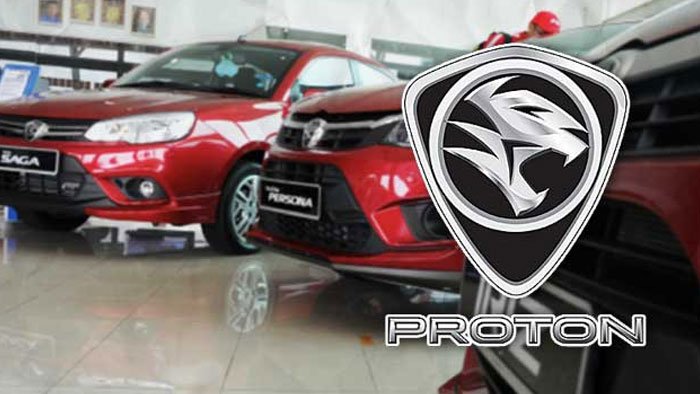 Through its state-of-the-art car assembly factory, Al-Haj Automotive (Proton Pakistan) has finally rolled out the first locally made Proton X70. It is described by Proton as “the first intelligent SUV to be produced in Pakistan.”

After a lengthy wait, the locally manufactured Proton X70 has finally begun to roll off the production lines. The car was first introduced in Pakistan in December 2020, and many clients are still waiting for CKD manufactured units to arrive. The official Proton Pakistan website, however, states that delivery of the locally produced X70 would begin in March 2022.

The X70 SUV is now available in two models:

Customers in Pakistan may rejoice, since there is a strong indication that the SUV would be available in showrooms soon as a locally produced version.

Although Proton claims the X70 as Pakistan’s first intelligent SUV, the honor goes to the DFSK Glory 580 Pro, an intelligent 7-seat CUV with 100 voice commands, including 28 that are particularly suited for Pakistan. Furthermore, the car has already been in the hands of Pakistani clients for almost a year.

Furthermore, as automakers in Pakistan are already in the process of announcing updated pricing, the impact of the current tariffs and taxes imposed by the government in the recently approved supplementary finance bill is likely to be felt on both Saga and X70. Al-Haj Proton, on the other hand, has yet to release new prices for its models. 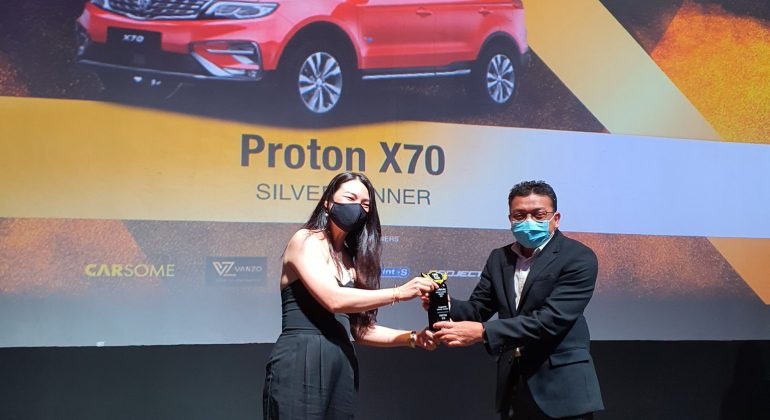 Proton Ending the year on a high note!

Its Been the end of the Year and it is very good year for Proton because it is ending the year on a very high Note PROTON wins big at the worldwide Car-list.

My People’s Choice Awards 2021 as the year comes to a conclusion. The company’s achievement of four prizes was a significant milestone, and we plan to continue to execute with the same zeal.

In Pakistan Proton is also a huge Success among the Car Community and people are also buying and understanding that the Proton cars Like Proton Saga Proton X70 is also very good Vehicles to Buy.

Now Proton Cars are also Manufacture here in Pakistan and People are buying but due to Covid-19 their was a Bit Delay but now all is Good on the Track and its been the end of the Year and Proton has won many Awards and also has won the Hearts of the People of Pakistan.

PROTON has received 4 awards at the Carlist.my People’s Choice Awards 2021. 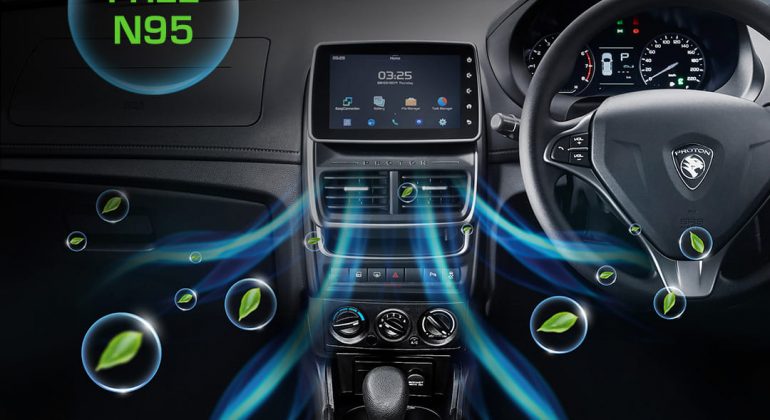 Proton Pakistan is Calling out All Imported Units of the Proton Saga CBU Units that are being imported Into the Country many people don’t know the CBU Units Details.

CBU (Completely Built-Up) refers to cars that are assembled in a foreign country and are subsequently imported into the local market as a complete.

Proton Pakistan are Calling out all the CBU Units Saga Owners to Visit their Dealers on Contact Proton For Asking for the Details & the Proton Pakistan are Offering free Replacement of the N95 Cabin Filters and the Installation of a Noise Resonator.

From November 27th, Al-Haj Automotive has been quietly watching while other carmakers raised the pricing of their automobiles. The new costs for the Proton Saga have finally been published by the company.

Although just one car has received a price increase, the increase is Rs. +224,000 over the entire portfolio, which is rather substantial. It takes effect instantly.

The first batch of domestically produced Saga vehicles has been delivered to Proton Pakistan dealers throughout the country. It’s a low-cost entry-level sedan marketed as a replacement for hatchback buyers who would have bought the Toyota Vitz, Honda Fit, or Suzuki Swift.

The Standard Manual, Standard Auto, and Premium Auto are the three major varieties available in Pakistan. A 1299 cc naturally aspirated 4-cylinder petrol engine with 94 horsepower and 120 Nm of torque is available in all models. Depending on the version, the engine will be mated with either a 5-speed manual or a 4-speed automatic transmission.

Following a decrease in the COVID-19 infection rate in Malaysia, Proton’s production and sales activities have been restarted. As a result of this event, Al-Haj Proton has stated on its social media account that it is working hard to guarantee that automobiles are delivered to clients as soon as possible.

According to the official notification, the company’s restart of operations would allow it to not only assure ease in the importation of CBUs, but also to delve into local assembly of its cars.
The business has indicated on many occasions that their assembly facility in Pakistan is nearing completion, however CKD activities were halted due to challenges in international shipment during the current Coronavirus outbreak in Central and South Asia.
Now appears to be the ideal moment for Al-Haj Proton to focus on establishing a significant market presence, since the business is going to face stiff competition from BAIC, which has recently entered the Pakistani automobile market.

In the A-segment sedan category, BAIC, particularly with its D20 sedan, is anticipated to offer Proton stiff competition, as the aforementioned car competes directly with the Proton Saga. With the upcoming development, it will be fascinating to watch how Proton manages to get a greater market share.