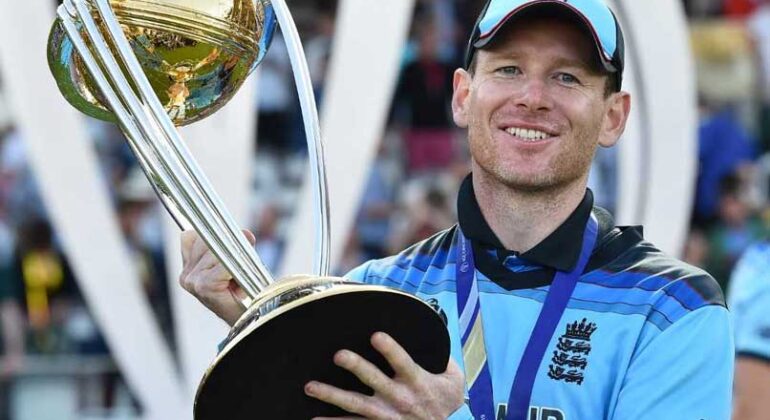 The limited-overs captain of England for men, Eoin Morgan, has announced his departure from international cricket. In all white-ball forms, he leaves as England’s highest run scorer, player with the most appearances, and the only one to have guided the country to an ODI World Cup victory.

Morgan, who began his international career with Ireland and participated in 23 One-Day Internationals there from 2006 to 2009, commented on the situation, saying: “After great thought and consideration, I am here to announce my retirement from international cricket with immediate effect.

“It hasn’t been a simple choice to end what has without a doubt been the most joyful and fulfilling chapter of my career, but I think the time is right to do so, both for me personally and for both England white-ball teams I have led up until this point.”

In the meanwhile, England Men’s Cricket Managing Director Rob Key issued the following statement: “I’d want to congratulate Eoin Morgan for his great commitment to the game on behalf of the ECB and everyone involved in cricket.

It would be incorrect to believe that Eoin’s legacy was limited to his team’s World Cup victory in 2019; it was much more than that.

The official continued by saying that, like all great players and leaders, he has altered the way this particular game has been played as well as how future generations will play it.

“For many years to come, his impact on the game will be felt. Without a doubt, he is the finest leader I have ever observed. I hope he has a successful future in his career “Added he.

Regarding his accomplishments, the great player acknowledged that he had the good fortune to be a part of two World Cup-winning squads, but added that he thought England’s white-ball teams’ future was “brighter than ever.”

“We have greater strength, depth, and experience than ever before. I am quite excited to observe and look forward to it.

“I will continue to enjoy playing at a domestic level while I can, regardless of what lies ahead for me. I’m excited to participate in and serve as captain of London Spirit in this year’s second The Hundred.