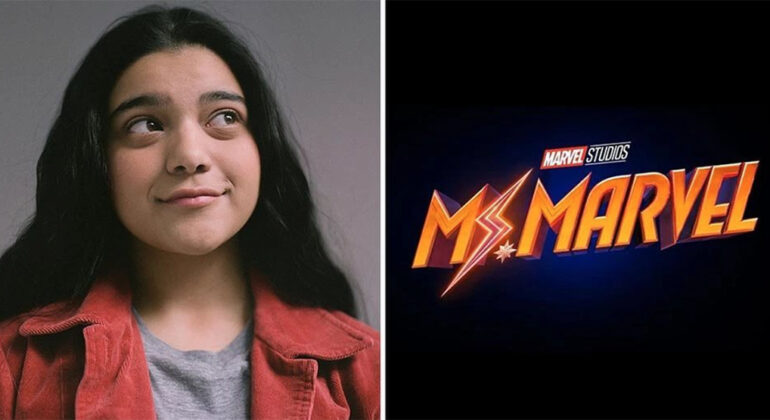 Iman Vellani, a Pakistani-Canadian actress, is ecstatic to have landed the main part in ‘Ms. Marvel.’

Vellani, like her character, is a great superhero lover who created her own Ms. Marvel outfit when she was 15 years old.

“I was only 15 at the time and used to read Ms. Marvel comics and dress up as Ms. Marvel for Halloween in high school,” she explained.

“I sent a recording to my aunt after receiving a message from her,” Vellani said of her path from fan to Marvel studio. She phoned me two days later and invited me to Los Angeles, where I travelled with my father.”

“I visited Marvel studio in Los Angeles,” the young actress, who has made the final change in the new Disney+ television drama “Ms. Marvel,” said. It was a lot of fun because there were so many Marvel folks present.”

“It was the most momentous day of my life,” Vellani remarked.

She went on to say that she was similarly afraid of working alongside people who were her childhood heroes, but that she overcame her fear. “Seeing Comics celebrity from up close was an honour for me,” she continued.

She also discussed and likened her film persona to her ‘desi’ Pakistani family.

“It’s a whole family structure; just as Kamala asks her parents for permission to travel somewhere, I do the same in real life.” Like Aamir, I have an older brother (from Marvel). He teases me, yet he’s adorably adorable.”

“It also featured Pakistanis’ favorite songs,” the 19-year-old actor stated of the film’s soundtrack. This music is an integral aspect of the whole project.”

Vellani will star with Brie Larson, who plays Captain Marvel, in the 2023 film ‘The Marvels,’ in addition to playing Kamala Khan in the television program.