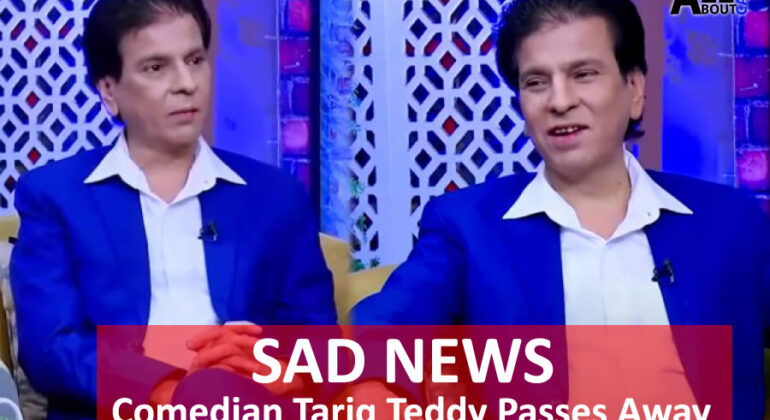 His son Junaid Tariq announced that his father had passed away. He stated that on Friday night, when his father vomited blood, doctors pronounced him dead.

In the days following his transfer to a ventilator as his health deteriorated, stage actor and comedian Tariq Teddy died suddenly at the age of 46 on Saturday, according to his family.

Teddy’s son told the reporters that his father had spent the previous 10 days being treated at the Pakistan Kidney & Liver Institute and Research Center for pulmonary and liver-related illnesses.

Today in Lahore, prayers will be said at the late comedian’s burial.

A number of celebrities from the entertainment world had earlier paid the renowned comic a visit to the hospital and sent their best wishes.

Tariq, a well-known stage performer, delighted Pakistanis with his unique brand of humor. His performances in several theatre productions earned him the respect of the audience.

The comedian’s health deteriorated, according to doctors at PKLI Hospital, as liver infections rose. Doctors also revealed that 70% of his liver had stopped functioning.