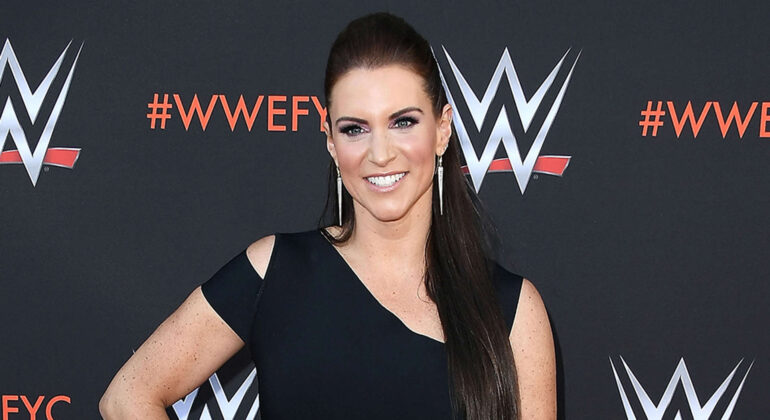 Stephanie McMahon has made known that she is leaving WWE (World Wrestling Entertainment).

Since July, the 46-year-old has served as co-CEO and chairperson, after her father Vince who quit as a result of many allegations of misbehavior.

The corporation reported that he has now been unanimously chosen to serve as chairman once more.

Stephanie expressed her desire to support WWE “from the other side of the industry” in her letter of resignation.

Stephanie has always been the best possible brand advocate for our business, and her decades of accomplishments have had a huge positive influence on our reputation, according to Vince McMahon.

Vince McMahon stated he will retire in July 2022, but he has since come back.

The 77-year-old, who oversaw the business for four decades, declared last week that his return to the board was necessary for WWE to properly capitalize on the expanding demand for content and live entertainment.

He resigned from his positions in WWE last year when it emerged that he had spent millions to bury claims of sexual misbehavior and adultery, but he continued to maintain the overwhelming stake.

The business claims to be looking at “strategic alternatives,” and there are rumor’s of a possible sale.

Since the 1990s, Stephanie has worked with the organization, both as an in-ring performer and in numerous leadership positions behind the scenes.

She resigned from her primary position as chief brand officer in order to “concentrate on my family” when her husband and former WWE champion Triple H had a heart condition.

But when “the opportunity of a lifetime” presented itself, Stephanie went back to take her father’s place.

As a result of how well-positioned WWE is, she chose to go back on leave and formally resign from the company.

According to The Wall Street Journal, Vince McMahon agreed to pay $3 million (£2.5 million) to a former paralegal who claimed he harassed her sexually at work.

According to reports, he agreed to a $1 million down payment, with the remaining sum to be paid over the course of five years by Mr. McMahon himself.

The WWE board initiated a probe when it was revealed that he had paid more than $12 million to four more women to cover up many charges of adultery, contrary to original rumor’s that he would continue in his role as the company’s CEO and chairman.

In exchange for the money, the ladies, who were all once WWE employees, agreed not to talk about their connections with him.