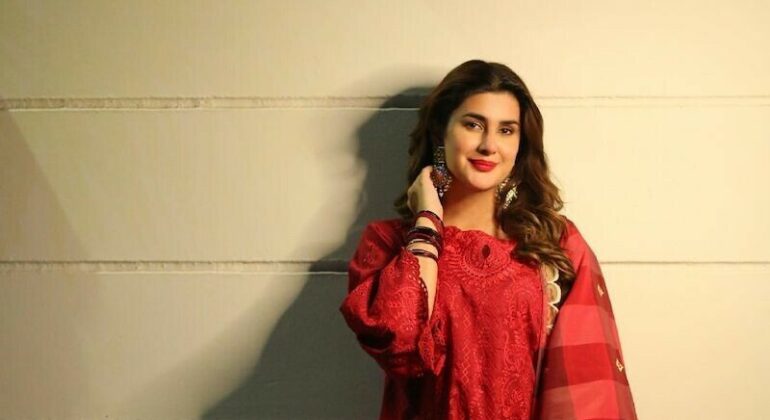 She complained about “defamatory, harmful” claims made about her and three other actresses in a case she filed against YouTuber Adil Farooq Raja.

The temporary ruling followed a plea Khan filed in response to “derogatory, defamatory, malicious, inflammatory, hazardous and sensationalizing charges” made on social media networks by YouTuber Adil Farooq Raja against her and three other actresses.

Following a preliminary hearing of the case, a two-judge panel made up of Justice Salahuddin Panhwar and Justice Zulfiqar Ahmed Khan sent notices to the director general of the FIA, the chairman of the PTA, and others for January 9.

The bench postponed the hearing and instructed the authorities to submit their separate remarks by the following date.

Khan stated in her court filing, which she also posted online, that a YouTuber who identified himself as a rights activist and former army commander had fabricated claims and denigrated the four actors.

The bench further instructed the authorities to submit their pertinent views by the next date and adjourn She said that by claiming that the actors were “employed by intelligence services and the establishment to entice politicians into compromising positions at their safe homes,” the individual was insulting the actresses’ modesty and dignity.

According to the petitioner’s attorney, Raja addressed the situation in a subsequent video and withdrew his earlier statement. Nevertheless, the counsel said, “during the process it irreversibly damaged the reputation of the actresses including the petitioner and on account of the information published in the social media sites and cyber space.” the hearing was turned.

He begged the court to order the PTA and FIA to take swift action against the offenders in accordance with the law and spirit of the Pakistan Electronic Crimes Act, 2016, which was passed in 2016. Additionally, the court was requested to instruct the authorities to launch an investigation.

The petition was started in response to Raja’s December 31 release of a video in which he made numerous broad accusations against the previous high brass of the army. Raja, who himself as a geopolitical analyst and rights activist on Twitter, is the author of the petition. One claim was that four “elite models and actresses” would socialize with politicians and former authorities. Other than saying it was provided to him by “sources,” he was unable to provide any evidence to support his assertions.

Raja asserted on Twitter that he hadn’t slandered Khan, citing his “condemnation” of the irrational conjecture that followed the release of his video as proof. He claimed that by specifically mentioning him in her post, she was defaming him.

When other famous people stood up for Khan and denounced the character assassination of one of their own, the situation became more tense.