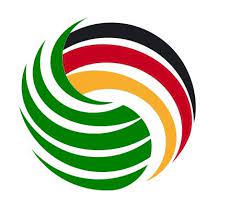 The German Pakistan Chamber of Commerce and Industry (GPCCI) has urged the Pakistani government to immediately reverse the import restriction on automobiles after warning that it might negatively affect impending GSP+ discussions with the European Union (EU).

Syed Nadeem Ali Kazmi, president of the German Pakistan Chamber of Commerce and Industry, wrote a letter to finance minister Miftah Ismail warning that the impending GSP+ negotiations with the EU may suffer as a result of the ban on imports of vehicles (CBU) from Germany.

German cars in CBU form are included in the list of imports that are prohibited by the coalition government.

“We would like to draw your kind attention to the existential crisis that the top three German automakers in Pakistan, Audi, BMW, and Mercedes-Benz, are currently experiencing. This is because imports are now prohibited, he added.

Since 1951, Pakistan and Germany have had cordial and varied relations. 70 years have passed since diplomatic ties were first established, which was last year.

One of the few nations with whom Pakistan enjoys a positive trade balance is Germany. In 2021, Pakistan exported $1.568 billion to Germany while importing $1.016 billion from that country.

“Since the EU’s present GSP+ program ends in 2023, Pakistan must reapply for the new GSP+ programme, which includes additional restrictions. In the past, Germany has been a fervent supporter of Pakistan and has argued for Pakistan’s application for GSP+ status inside the EU, according to him.

GPCCI efforts will make sure that both imports and exports of goods between Pakistan and Germany prosper. The trade surplus of exports from Pakistan to Germany (totaling $l.568 billion in 2021) has been boosted by the ongoing efforts of GPCCI.

Pakistan purchased fewer than 100 million euros’ worth of automobiles from Germany in 2022, while the total cost of imports for the fiscal year was $56.380 billion.

German partners seek to collaborate in a setting with consistent economic policies and a sustainable governance framework since Germany is a highly developed economy. According to him, this is the only way Pakistan can use its attractive geographic location for its German commercial partners.

The GPCCI demanded that the import restrictions placed on the automobile industry be immediately lifted. Due to the import ban, which is causing an ongoing crisis, these actions are forcing German automotive companies to leave the Pakistani market, which will have far-reaching negative effects such as rendering over 30,000 cars (Audi, BMW, and Mercedes-Benz) unserviceable and ending all German innovative technology transfer in terms of knowledge and skill sets required for the maintenance of these vehicles.

The GPCCI President asked the finance minister to take action right now to end the restriction. It is anticipated that the administrative procedures to put the formal orders into effect would take a few days.