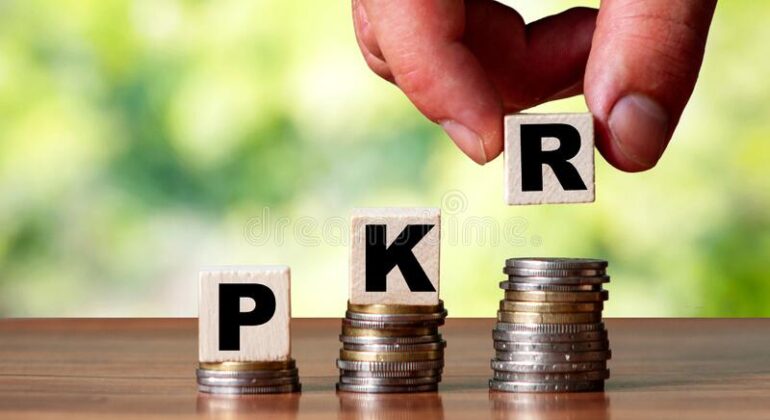 How the US dollar performs versus other major currencies and how rapidly our external sector indicators improve will largely determine if Finance Minister Ishaq Dar can lower the exchange rate to Rs200 per US dollar, as he has frequently indicated. In relation to the major currencies of the globe, the US dollar seems destined to hold its current strength and maybe even increase it.

There is potential for the external economy to develop. But assuming that sufficient advancement would be made during this fiscal year is overly optimistic. Therefore, we shouldn’t expect the rupee to appreciate in value during this quarter or the following two quarters of this fiscal year in a “sustainable and large” way.

The rupee, which has already increased significantly during the last two weeks ending on October 7, might yet rise further but only little. However, we shouldn’t rule out the likelihood of brief declines in the local currency during this quarter and later.

The current exchange rate increase is not just the result of optimistic feelings sparked by Mr. Ishaq Dar’s homecoming; rather, it has also been influenced by the decreasing dollar index since September 28.

The US dollar index, which gauges the health of the dollar against a basket of the six most important international currencies, has been declining since its peak on September 27. However, that does not imply that the US dollar’s upward trajectory has stopped or reversed. That only reveals the impact of the extraordinary tightening of interest rates by the Central Bank of Europe, the Bank of England, and the uncommon UK and Japanese involvement in the foreign exchange market as the “reverse currency war” rages on.

Central banks from all of the world’s major economies are waging a “war” to defend their own currencies. This conflict was started by the US Federal Reserve. As the Fed has stated it would maintain hiking interest rates to combat the US’s decades-high inflation, it may be anticipated that they will continue to do so.

What does this all signify for the dollar-rupee exchange rate? It follows that the rupee’s relative strength against them will continue to decline, most notably against the reference currency of the USD, as all major world currencies, including the USD, Euro, Japanese Yen, and Chinese Yuan, march forward – at varying rates.

The recent rupee rebound is not just attributable to the optimism sparked by Mr. Ishaq Dar’s reappointment as finance minister. It has also been influenced by the US dollar index’s brief decline that began on September 28.

On September 22, as the US dollar index was still actively setting new records, the rupee plunged to an all-time low against the dollar, falling to 239.71. Later, the “Dar factor” and the falling dollar index supported the rupee’s rebound.

It is well known that Dar insisted on maintaining the artificially high value of the rupee in defiance of the then-leadership of the State Bank of Pakistan (SBP). The magnitude of the current account deficits and other pertinent external account statistics from FY14 to FY17 are other items that are available to everyone.

The rupee was maintained in an artificially stable position, as is evident from a close analysis of the balance of payments accounts for those four years. For instance, even though we had a $12.1 billion current account deficit in FY17, the rupee was remarkably steady, losing just 10 paisa to the US dollar annually!

But that was then. Now, times have changed.