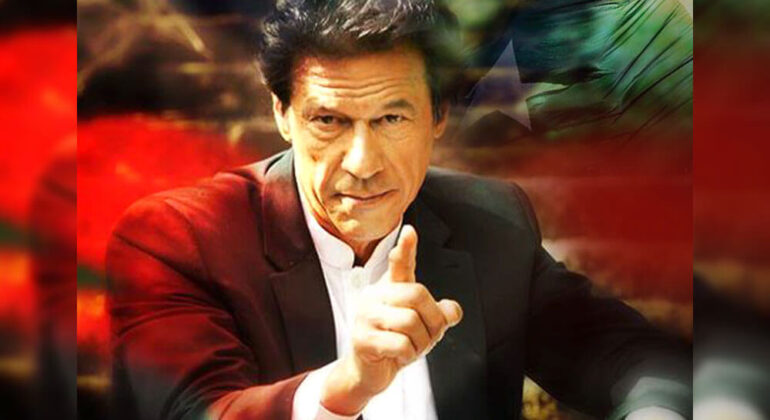 Imran Khan, chairman of Pakistan Tehreek-i-Insaf, responded angrily to reports that plans were being made to appoint a technocrat administration, saying he was no longer hopeful about the country conducting general elections anytime soon.

The former prime minister, who has maintained that there is no use in corresponding with the current “imported administration,” claimed that only the establishment was responsible for allowing elections to take place, and that this included the army chief. He asserted that he was not in touch with the “establishment.”

The PTI leader told reporters on Wednesday at his Zaman Park mansion said it was more crucial to persuade the PDM administration’s supporters than the PDM government itself to call for early elections.

He claimed that rumor’s of a technocrat administration being placed in the nation lead him to assume that the government is not planning to hold general elections anytime soon.

He claimed that the Pakistan Democratic Movement had become little more than a living room gathering.

Mr. Khan forewarned that “if any political engineering is tried in the upcoming general elections, the consequences would not be positive” using Bangladesh as an example.

He said that the PTI was Pakistan’s largest political party and that disobeying the will of the majority of Pakistanis would have disastrous repercussions. He used the example of the greatest party in East Pakistan, whose mandate was rejected.

The former prime minister criticized retired Gen. Qamar Javed Bajwa once more, saying that he had engaged in “excesses against Pakistan” that had brought the country dangerously close to default.

He said that Gen. Bajwa had done a grave damage to the nation and that the threat of default had escalated to 90% from 5% during his administration.

Although Gen Bajwa does not view political corruption as a big issue, Mr. Khan noted that his government’s working relationships with the previous army leader were “excellent.”

He asserted that by changing the NAB law, corruption cases of Rs. 1,100 billion were resolved.

The PTI representative had earlier claimed that Gen. Bajwa had “reached” an agreement with Asif Ali Zardari, the PPP’s leader, and Murad Ali Shah, the chief minister of Sindh. According to Mr. Khan, there was no point in signing what they refer to as a “charter of economics” because both the PML-N and PPP owned foreign holdings.

He said that the nation’s ongoing political and economic issues cannot be solved until after free and fair elections have established the rule of law. He claimed that if the ruling elite did not communicate with Afghanistan, the wave of terrorism would worsen.