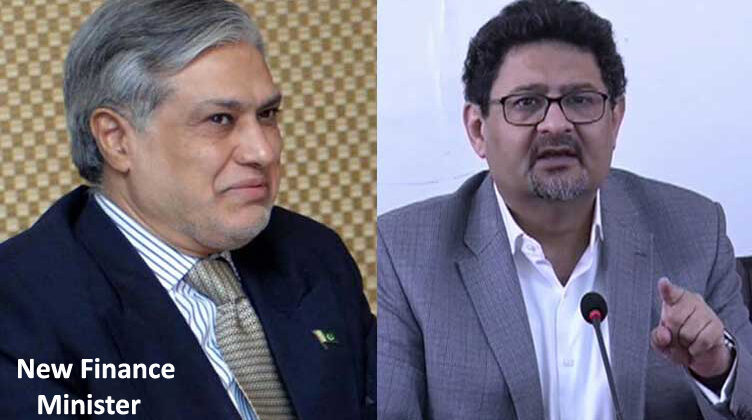 Ishaq Dar, a prominent member of the Pakistan Muslim League-Nawaz (PML-N), was sworn in as the nation’s new finance minister on Wednesday.

“To bear genuine faith and devotion to Pakistan,” Dar said at the event. “To fulfil its responsibilities honestly to the best of its capacity and truthfully in line with the Constitution of the Islamic Republic of Pakistan and the law.”

“I shall work to protect the Islamic ideology that served as Pakistan’s foundation. The new minister recited the words of the oath while reading it. “That I will not permit my personal interests to affect my official behaviour or my official choices,” he stated.

The action was taken when Miftah Ismail, a former finance minister, resigned from his position to make room for the PML-N senator.

Following a crucial party conference presided over by party leader and former prime minister Nawaz Sharif in London, the choice to choose Dar as the next finance czar was decided. Sen. sworn into office

Ishaq Dar took the oath of office as a senator on Tuesday amidst protests from Pakistan Tehreek-e-Insaf (PTI) MPs.

Dar took the oath of office from Senate Chairman Sadiq Sanjrani after returning to Pakistan earlier in the day after nearly five years in the UK on a “medical leave.”

While on trial for corruption in 2017, the PML-N leader had fled the nation.

Leaders of the PML-N greeted him by thudding their desks as he walked into the Senate hall.

However, PTI senators gathered around the chairman’s rostrum when he was taking the oath of office and yelled things like “absconder.”