Pakistan Hopes To Be Removed Off The FATF’s Grey List 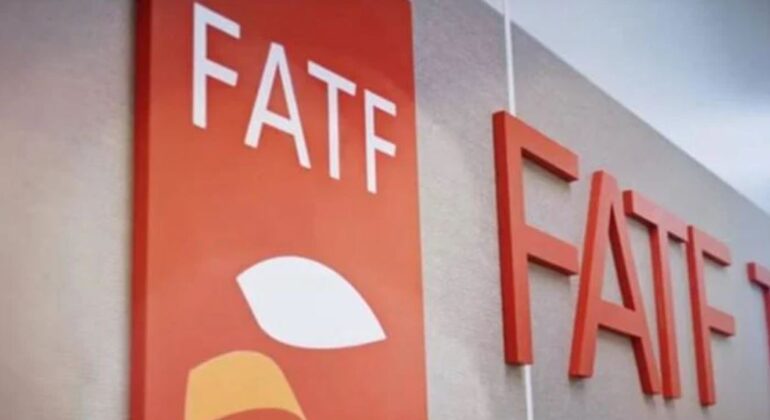 Pakistan Hopes To Be Removed Off The FATF’s Grey List

The Financial Action Task Force (FATF), a global watchdog for combating money laundering and terrorist financing, is expected to announce whether Pakistan will be removed from or retained on its increased monitoring list, also known as the “grey list,” today (Friday), but the government is optimistic that the decision will be in Pakistan’s favor.

After meeting over 30 conditions, Pakistan is ‘one step away’ from being removed off the FATF’s ‘Grey List’: Sources

BERLIN: Pakistan is hopeful of being removed off the Financial Action Task Force’s (FATF) grey list, according to a BBC Urdu report on Friday, citing a government insider who stated that “things appear to be going Pakistan’s way this time.”

Today is the last day of the FATF’s four-day plenary conference, after which the global anti-money laundering watchdog will declare which nations will remain on the list and which will be removed.

Minister of State for Foreign Affairs Hina Rabbani Khar, who is also the chair of the National Financial Action Task Force (FATF) Coordination Committee, is leading the Pakistani delegation to the conference in Berlin.

Hina Rabbani Khar, on the other hand, has recommended against “prejudging the result” of the FATF conference.

The minister resorted to Twitter to express his displeasure at the situation, writing: “The FATF plenary sessions in Berlin are still going on. Following the completion of the sessions tonight, the FATF will release a public statement. Predicting the outcome or reporting on the basis of speculation might and should be avoided.”

She went on to say that the administration has scheduled a media conference on this matter for Saturday morning at the Foreign Office.

Pakistan’s progress under the 2018 and 2021 FATF Action Plans will be examined during the conference, according to the Ministry of Foreign Affairs. The Plenary will discuss the FATF’s International Cooperation Review Group’s proposals (ICRG).

The minister met with the incoming and departing FATF Presidents, the FATF Executive Secretary, and leaders of delegations from FATF member nations to inform them of Pakistan’s significant progress in completing both FATF Action Plans.

It’s worth noting that Pakistan was added to the list in 2018 and given a set of tasks to perform. The FATF kept Pakistan on the list after a review in March 2022, stating it had “made substantial progress in satisfying its recommendations.”

According to government sources, Pakistan has undertaken a tremendous diplomatic push to remove itself from the FATF’s grey list.

Pakistan need the votes of Turkey, China, and Malaysia to be removed from the list, and all three nations have pledged their complete support to Pakistani authorities.

Except for the fines, Pakistan has executed practically all aspects of the FATF Action Plan, and has instituted prosecutions and made all required legislation adjustments in this respect.