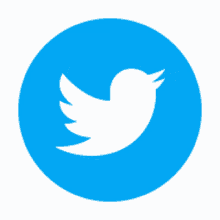 Just days after taking control of one of the most significant social media platforms in the world, Elon Musk said in a tweet on Sunday that Twitter will change its user verification procedure.

Musk stated in a tweet that “the whole authentication procedure is now being redesigned” without providing any other information.

According to two persons with knowledge of the situation, technology publication Platformer revealed on Sunday that Twitter is thinking about charging for the coveted blue check mark confirming the identity of the account user.

If the initiative is approved, users would have to pay $4.99 per month for Twitter Blue in order to keep their “verified” badges.

Although the project may still be shelved since the CEO of Tesla Inc. has not made a final decision, Platformer predicts that verification will most likely be included in Twitter Blue.

Separately, according to internal letters they obtained, The Verge claimed on Sunday that Twitter will raise the monthly membership fee for Twitter Blue, which also validates users, from $4.99 to $19.99.

As the platform’s first subscription service, Twitter Blue was introduced in June of last year. For a monthly membership fee, it provides “exclusive access to premium features,” including the ability to edit tweets.

After Musk asked his tens of millions of Twitter followers whether they wanted an edit button in April, the option to edit tweets was also made accessible earlier this month. The yes response rate was above 70%.

According to a separate Sunday Verge post citing staff members with knowledge of the situation, Musk has also asked that logged-out users accessing Twitter’s website be diverted to the Explore tab, which displays trending tweets.