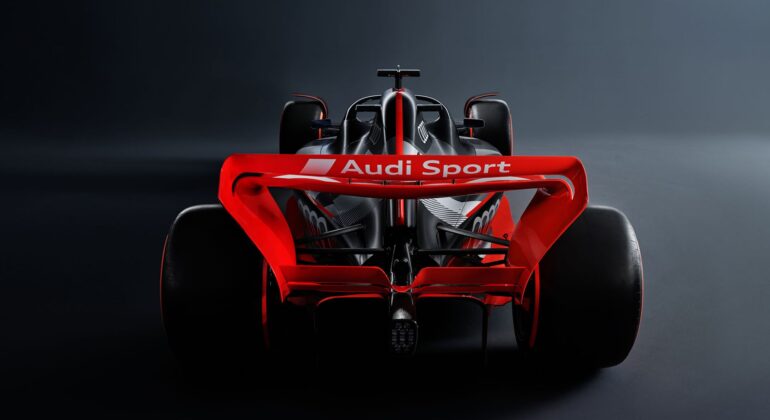 The German manufacturer has long been associated with a transfer to Formula One and has sometimes expressed interest in talks of technical regulations, but it has never committed to an entry or program.

That has altered as a result of the engine regulation modifications that will take effect in 2026 and the increase in F1’s worldwide appeal.

Since F1 courted the Volkswagen Group for some months, the move by Audi has been anticipated.

F1 programmers from both Audi and sister brand Porsche have been in the works since late last year, and Herbert Diess, the departing CEO of the VW Group, effectively confirmed them in May.

Audi intended to construct its own engine and field its own squad, while Porsche was said to be working with Red Bull. This has been known for a number of months.
However, both companies had previously stated that neither project would receive the official go-ahead until the 2026 engine regulations were established, which took place earlier in August.

While cost-cutting measures are put in place, the current manufacturers have decided to remove the complicated MGU-H from the V6 turbo-hybrids.

New manufacturers, like Audi, will initially be given more dyno time and expenditure allowances.

On Friday morning, Audi posted a teaser image, promising that “more rings are coming” with a cropped image of an F1 car.

It’s unknown if an engine programme will be revealed separately or together with the team’s plans being confirmed.

Audi is anticipated to have acquired or will acquire a majority investment in Sauber, with minority ownership remaining with existing owner Finn Rausing.

With this, Audi will officially take over management of the Alfa Romeo-sponsored team, which will continue to use Ferrari engines until 2026, when it will formally become the first fully Audi-powered entry.