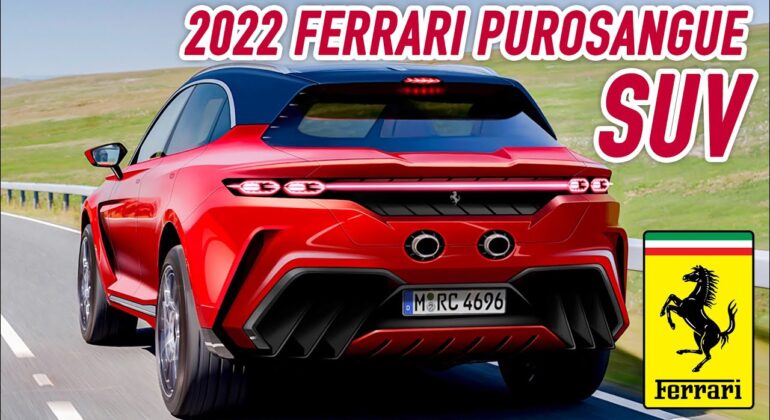 Let us travel back in time to September 2018, when Ferrari unveiled the Purosangue at its Capital Markets Day. It hasn’t been disclosed in over four years, but the wait is almost over. In September, Maranello will unveil its first-ever SUV, equipped with a powerful V12 engine. The statement was made today during the Capital Markets Day event, which also included a few other goodies.

By limiting shipments to clients to less than 20% of total annual supplies, the Prancing Horse hopes to keep the Purosangue (relatively) exclusive. In other words, starting in 2023, just one out of every five new Ferraris sold will be an SUV. The Italian company continues to avoid using the word “SUV,” instead stating that the vehicle would be “unlike any other.”

Furthermore, it will be a “pure V12 model,” meaning it will be powered by a naturally aspirated engine. With ever harsher emissions rules, it’s comforting to learn that the NA V12 will continue to be produced for a few of years.

By 2026, hybrid and all-electric powertrains will account for 60% of all vehicles, with ICE-powered vehicles accounting for the remaining 40%. When it comes to powertrains, Ferrari has been tight-lipped on how much power the V12 will produce in the Purosangue, but we do know that it produces 830 horsepower in the 812 Competizione. Furthermore, a more powerful setup has already been shown.

With the Purosangue, Ferrari will join the ranks of high-end manufacturers like as Bentley, Rolls-Royce, Aston Martin, and Lamborghini in having their own SUVs. By the end of the decade, McLaren is expected to follow suit.